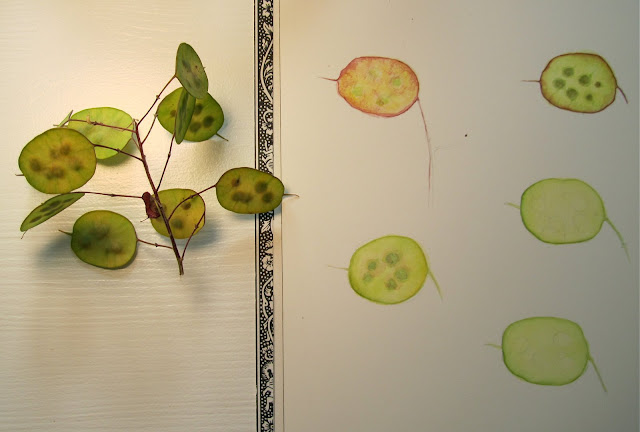 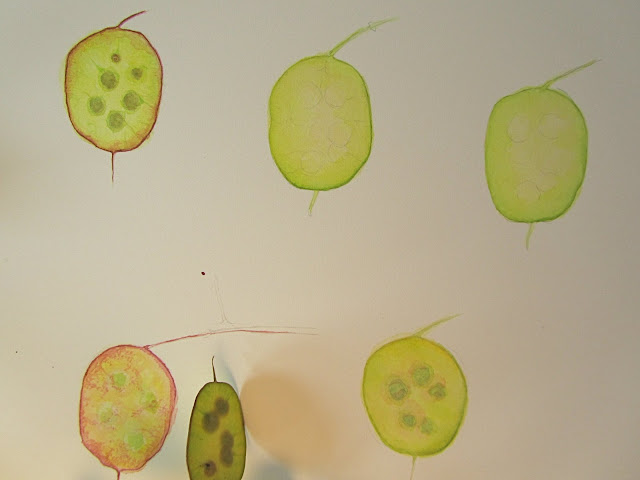 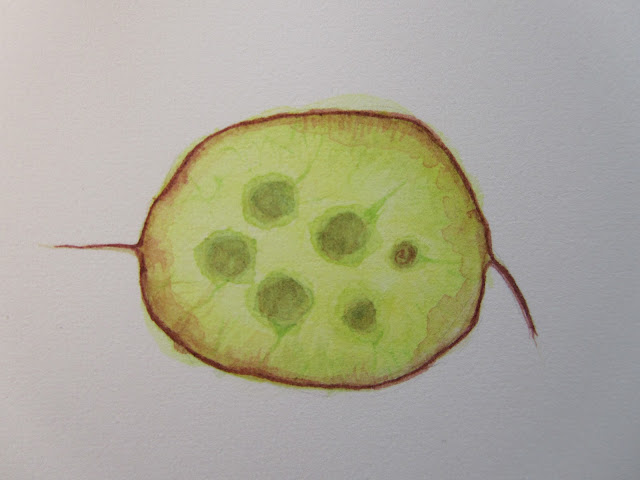 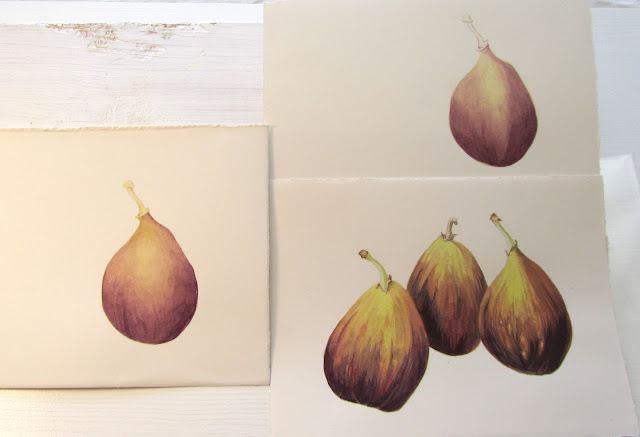 In this picture Ena's first fig painting is on the bottom right. While lovely and loose, she wanted to achieve a smoother, more realistic surface, which she has begun to do in the other two paintings. 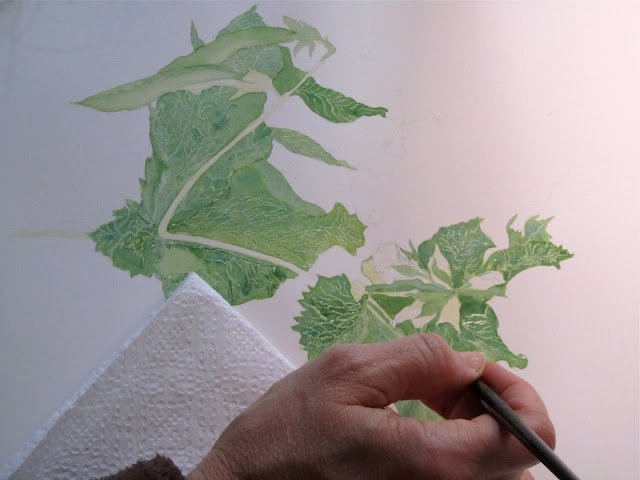 She found it very difficult to get a thin enough line with the fluid and in the end she's sworn off the stuff. Some people love it, others not so much. There seems to be little middle ground with masking fluid. It's worth experimenting with to find out where you stand. 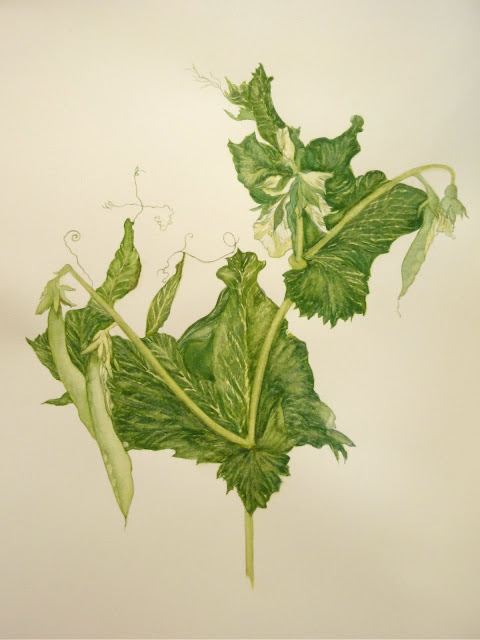 In the above image she over-painted in an attempt to deepen the image and create more dimension. She was unsure of how to tone her colours into shadow and instead kept adding more green hoping to create darkness and depth. The result was too heavy and opaque without actually achieving shadows. 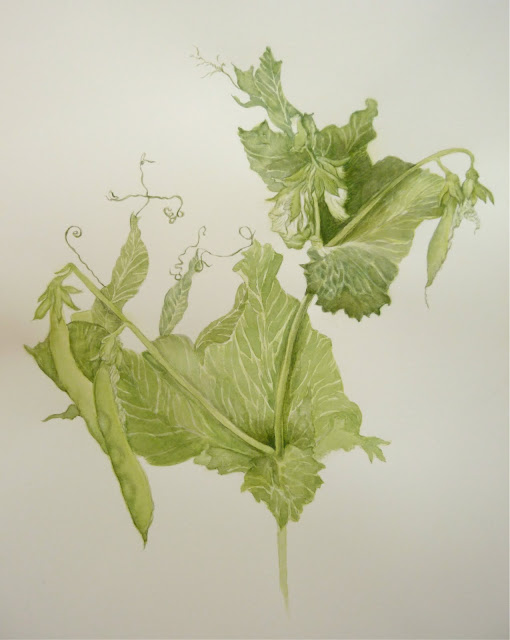 After learning how to grey her greens down into some shadow tones and ditching the masking fluid she started again and experimented with a lighter hand. Still, she found this one too grey and some areas over-painted. 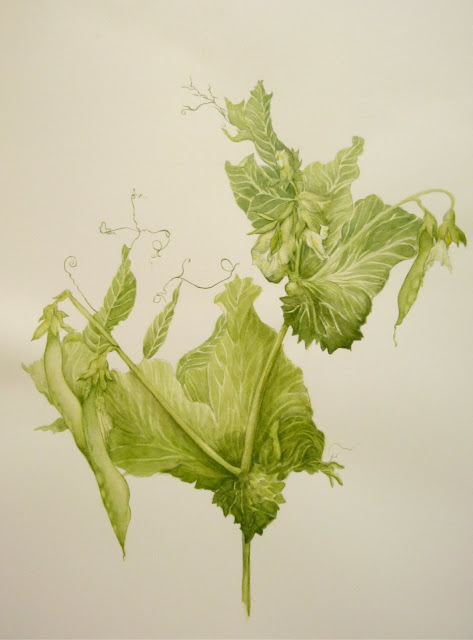 Still unsatisfied Mary persisted and attempted a third painting.
The colours are more alive and the shadows more natural.
There's a lot of subtle painting in this study.

She decided to stop at this point, exhausted but happy with her efforts! 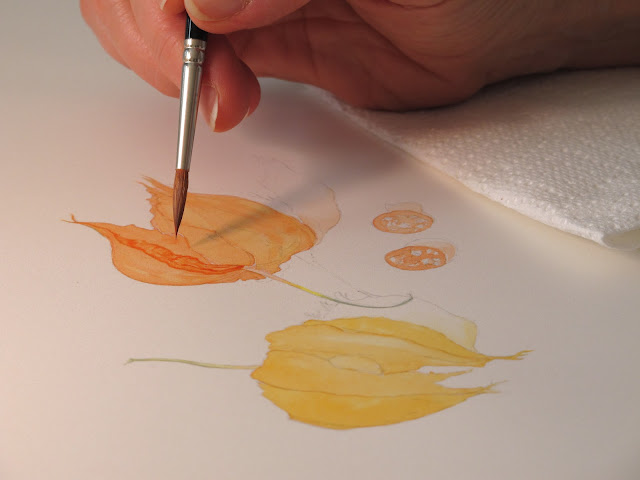